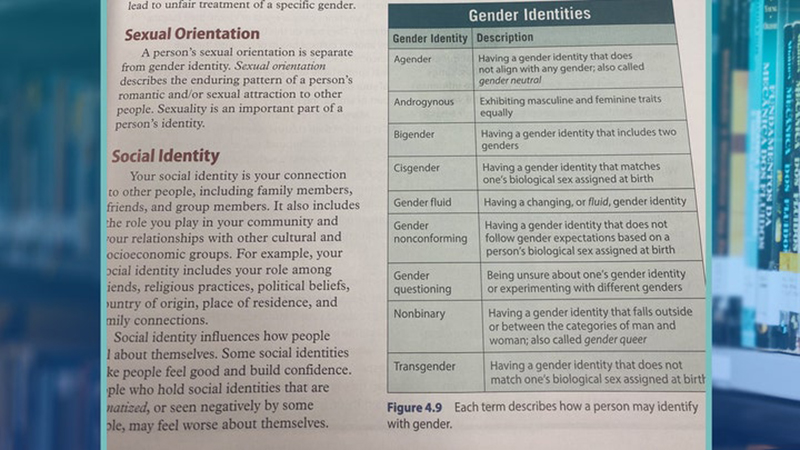 Schools in California are teaching children that there are not just two genders, but that there are eight or nine, according to a report highlighting the claims made in a textbook.

Responding to the findings, one mother of a child in the district, who is also a credentialed school psychologist, charged that the education system with sexualizing children.

“We are placing them in a situation where they think that this is safe, that this is healthy, this is how we show love,” Alicia Beget said, adding “And so they are being exploited by very evil people.”

“This is part of a larger agenda that those at the very top are well aware of what they’re doing,” she further asserted.

The report also notes that the same school district uses the so called ‘genderbread person’ project to push transgender ‘education’ on children.

The same school district also made headlines last year when a teacher posted a TikTok video admitting that she encouraged children to pledge allegiance to a gay pride flag after she removed the American flag from her classroom.

Newport-Mesa Unified School District responded to the report, stating “We follow the state-adopted standards for health education, which includes sexual health. We use a state-approved health curriculum with select modules, taught by credentialed teachers.”

The statement continued, “Parents can opt out their child from participating in comprehensive sex education. Parents also have the ability to review all curriculum taught in our schools so that they can be well-informed and make the best decisions for their child. We understand that there are varying viewpoints and beliefs and we follow California State Standards for curriculum, while also supporting parent choice.”