The European Union gave more than €220,000 in taxpayer money to fund ‘drag queen projects’ aimed at young people in numerous different countries, it has been revealed.

The cash was sent to to the EU youth program Erasmus+, which as research by German MEP Nikolaus Fest shows, goes to fund the promotion of drag queen lifestyle shows on behalf of an organization that recently proclaimed that “the future is queer.”

“For example, public records show that a “Drag It Up” workshop by the Berlin group Critical Queer Solidarity received €21,797 in taxpayer money. In November 2021, the group hosted the “Drag It Up” seminar, which the EU describes as a “youth exchange” in Berlin with 38 participants aged between 18 and 30.”

“The group featured an explicit photo on its Instagram page to promote the youth event, and on the event’s “about page,” the organization writes, “We will watch drag shows in Berlin, learn from some of Berlin‘s best drag performers – and get to know their approach.” 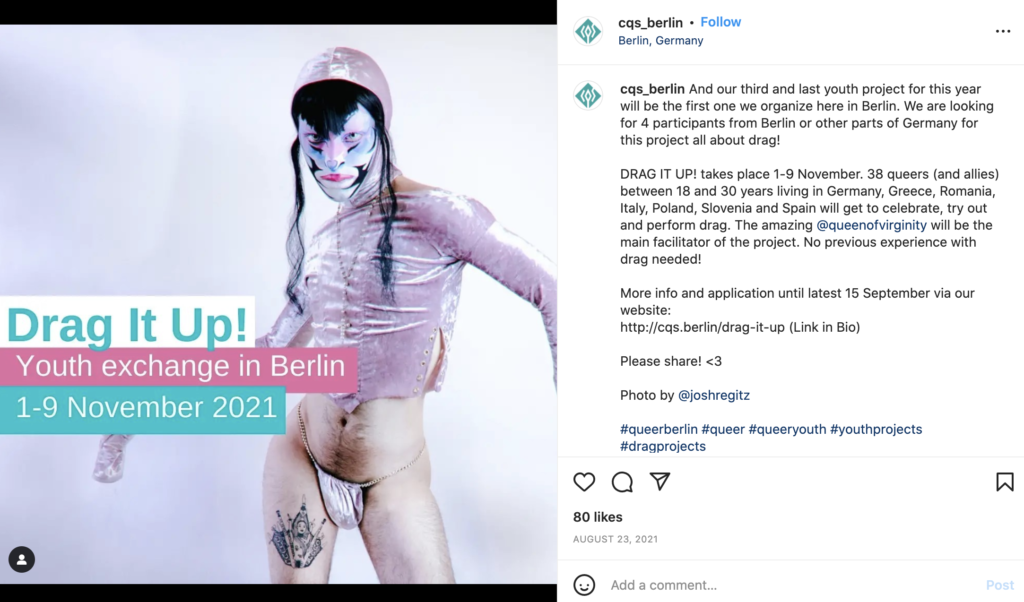 The money is being used to bankroll courses that encourage young participants to wear makeup, wigs, and walk in high heels as well as “other methods of blurring and exaggerating traditional binary gender roles.”

Another course said it would help participants “get to know the queer scene in Berlin” as well as teaching them “how to deal with toxic masculinity.”

Another event in Göttingen that was subsidized by the EU comprised of a one week camp during which “trans*, inter*, non-binary and gender-questioning young people” were taught about a lifestyle (LGBT) that provably leads to chronic depression and vastly higher suicide rates.

Meanwhile, people in virtually every European country are suffering through a cost of living crisis as the EU wastes their money on funding LGBT brainwashing sessions for teenagers.