More evidence is emerging of Google manipulating algorithms powering its mammoth and highly influential search service to give certain results (much) more visibility than others.

And now, reports say, Google is not even trying to hide that this is the case, as America’s Frontline Doctors (AFLDS) has been informed its reach on the internet is being artificially limited. 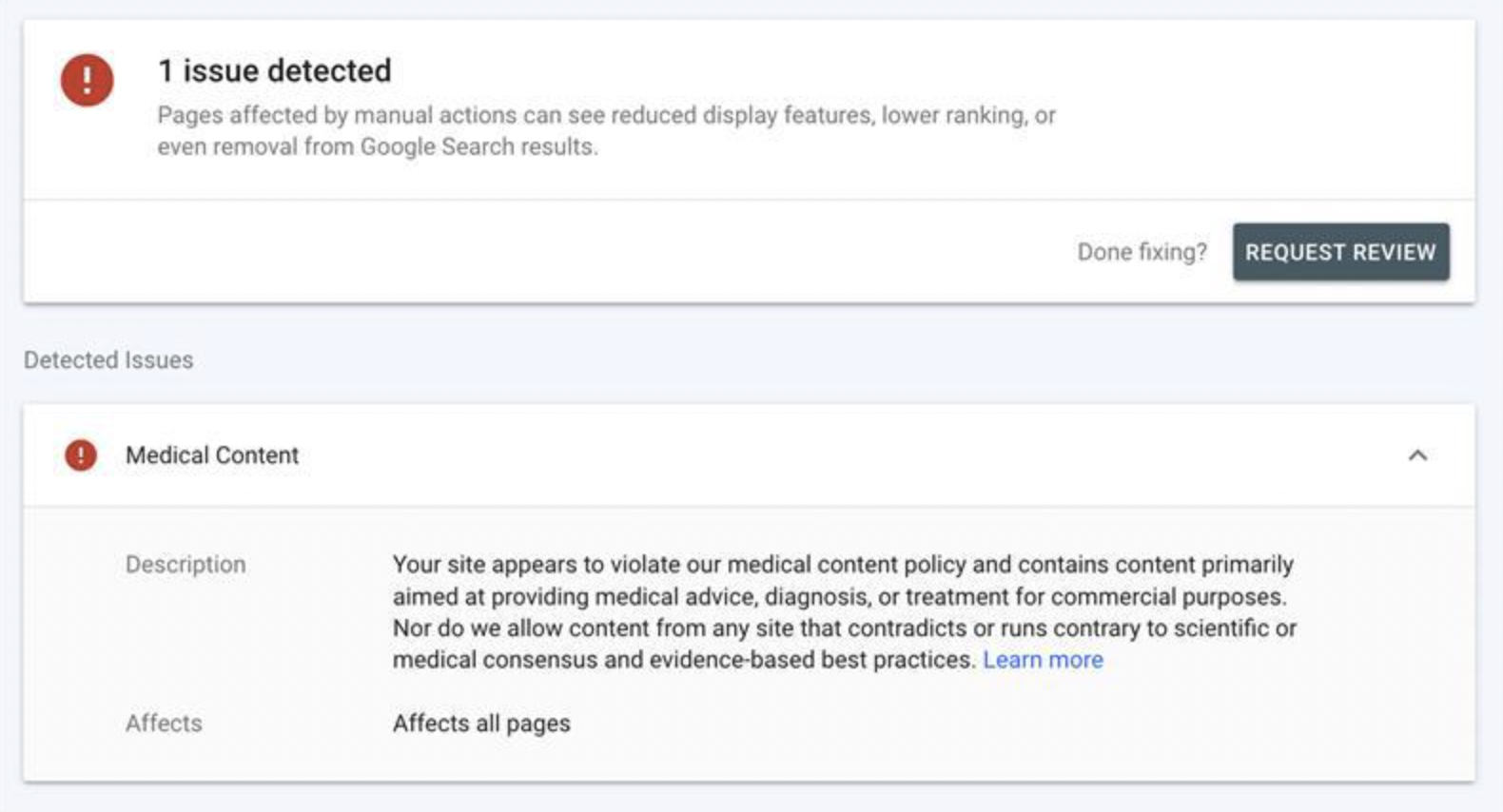 This organization says it is dedicated to improving doctor-patient relationships that are jeopardized by what it calls politicized science and biased information. The AFLDS would also like to provide patients with access to “independent, evidence-based information” that will inform people’s decisions regarding their healthcare choices.

Well, meeting that goal might prove to be quite difficult since Google Search, on which a huge majority of US-based users rely for their internet queries, says it is deliberately deranking information coming from the AFLDS.

This transpires from alerts Google has been sending the organization, which state that an “issue” has been detected, which can be “fixed;” after that, the AFLDS can “request review.”

And when an “issue” has been detected, Google spells it out that “Pages affected by manual actions can see reduced display features, lower ranking or even removal from Google Search results.”

So what “issues” have been detected, you might ask next. Google’s “explanation” is the usual hodgepodge of vague language and qualifiers, in line with the giant’s now well-established censorship style.

The AFLDS is informed that its site “appears to violate” Google’s medical content policy, which is not allowed – and neither is content that “contradicts or runs contrary to scientific or medical consensus and evidence based best practices.”

That’s according to Google’s rules. What consensus, reached by who, and what best practices, determined by who, and at what time – none of this information is provided in the notices.

Google’s rigid, authoritarian style of promoting one-sided content and eliminating different arguments and positions would in this case work by first deranking (and eventually removing) AFLDS links – unless the group agrees to self-censor.

And that means deleting content from the site, and then clicking on “‘Request Review’ button which is prefaced with the question, ‘Done fixing?’,” the AFLDS explains.

The organization also takes issue with Google’s (deliberately) broad and ambiguous wording and lack of proper, or any definition of scientific and medical consensus and best practices – to ask why, “In a time when celebrities and computer programmers are allowed to express their views on virology, but actual doctors and scientists are censored, including the hundreds of doctors comprising AFLDS, such clarity is elusive.”