Meta Platforms (FB.O) will allow Facebook and Instagram users in some countries to call for violence against Russians and Russian soldiers in the context of the Ukraine invasion, according to internal emails seen by Reuters on Thursday, in a temporary change to its hate speech policy.

The social media company is also temporarily allowing some posts that call for death to Russian President Vladimir Putin or Belarusian President Alexander Lukashenko in countries including Russia, Ukraine and Poland, according to internal emails to its content moderators.

“As a result of the Russian invasion of Ukraine we have temporarily made allowances for forms of political expression that would normally violate our rules like violent speech such as ‘death to the Russian invaders.’ We still won’t allow credible calls for violence against Russian civilians,” a Meta spokesperson said in a statement.

Zuckerberg in 2019 changed their rules to allow calls for “high-severity violence” against “dangerous individuals” like Alex Jones, Paul Joseph Watson and Louis Farrakhan, though they reversed the policy after getting backlash. 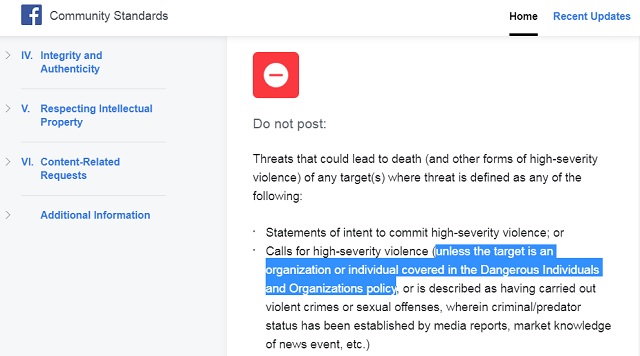 Just last month, Facebook removed the “neo-nazi” Azov Battalion from their “Dangerous Individuals and Organizations” list so they could be showered with praise.

Whereas Russian media outlets have been censored on Facebook and Russians are no longer going to be protected under their “hate speech” rules, the Ukrainian military is allowed to openly announce their plans to commit war crimes.