Waymo today announced that it has begun limited rider testing with employee volunteers in San Francisco to gather feedback and improve its robo-taxi technology. It’s the first expansion of the Alphabet subsidiary’s ride-hailing service beyond the Phoenix Metropolitan Area, where Waymo launched its first commercial driverless taxi service, Waymo One, in December 2018.

Some experts predict that the pandemic will hasten the adoption of autonomous vehicles for transportation and delivery. Self-driving cars, vans, and trucks promise to minimize the risk of spreading disease by limiting driver contact, which is perhaps why people across the globe trust the safety of autonomous vehicles more than they did three years ago, according to several surveys by Deloitte.

Waymo says its self-driving Chrysler Pacificas and Jaguar I-Pace electric SUVs have driven over 20 billion autonomous miles through computer simulations and 20 million autonomous miles on public roads in 25 cities. In 2020, Waymo ramped up testing in the San Francisco Bay Area in anticipation of future ride-hailing pilots. Waymo says it has optimized the Waymo Driver, its autonomous planning, perception, and navigation system, to handle the complexities of the Golden Gate City, aided by cameras that can spot jaywalkers. If the Driver pulls up to a bus by a crosswalk, it can reason that passengers may be getting off to cross the street.  And if it’s driving on a street with road work, the Driver understands that traffic cones and signs are meant to guide it out of the usual lane.

Waymo employees in San Francisco will use the Waymo One app to hail rides, a spokesperson told VentureBeat via email. They’ll be prompted to specify pickup and drop-off points before being given an estimated time to arrival. As with a typical ride-hailing app, they’ll be able to rate the quality of rides using a five-star scale.

As of 2019, Waymo had 153 cars and 268 safety drivers in California. The company declined to disclose the size of its current fleet in San Francisco, but Waymo said last summer that it deployed autonomous minivans to service in the Bay Area, initially to deliver packages for nonprofits following a pandemic-related halt in testing.

“We’re beginning with a limited number of cars and riders and will scale over time. These rides are being offered with a single-vehicle operator,” the spokesperson said. “The initial program starts this week and will last for several, but we plan to grow it over time. We don’t have any specific timelines to share about when (or where) we’ll be offering a public service. It’s worth bearing in mind this is for early product testing and continuous improvement, and there are many further steps we’d need to go through … before we could deploy a service to the public.” 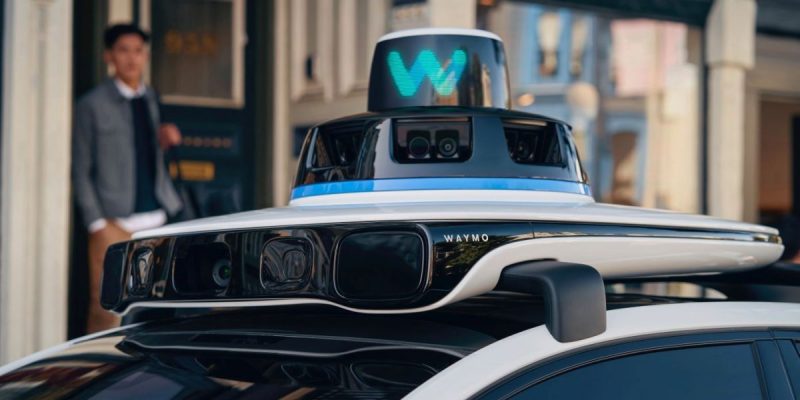 Waymo is one of the few companies with a permit from the California Public Utilities Commission, a procedural step that’s part of the state’s Autonomous Vehicle Passenger Service pilot, which allows operators like Waymo to provide passenger service. This is separate from the California Department of Motor Vehicles (DMV) self-driving vehicles program, under which 66 companies — including Waymo — are permitted to test autonomous vehicles with safety drivers behind the wheel.

Waymo’s ride-hailing services haven’t grown beyond Phoenix until now, but they’re moving incrementally toward a broader launch. Waymo One delivers rides with a network of over 600 autonomous cars from Phoenix-area locations 24 hours a day, seven days a week. Shortly after announcing a partnership with Lyft to deploy 10 cars on the Waymo One platform, Waymo revealed that a portion of its driverless taxis no longer have a safety driver behind the wheel. Moreover, the company is on track to add up to 62,000 Chrysler Pacifica minivans to its fleet, and it signed a deal with Jaguar Land Rover to equip 20,000 I-Pace electric SUVs with its system.

Separately, Waymo is actively mapping Los Angeles to study congestion and expanding testing to highways in Florida between Orlando, Tampa, Fort Myers, and Miami as it conducts pilots in Death Valley, California; El Paso, Dallas, and Houston in Texas; and various cities in Michigan, Arizona, Georgia, and Ohio and along Interstates 10, 20, and 45. In the Metro Pheonix area, the company is piloting autonomous vehicle package transportation with AutoNation and between UPS Store locations and a local UPS sorting facility through its subsidiary, Waymo Via. Waymo began testing dedicated goods delivery with class A trucks in 2017 and last October signed an agreement with Daimler Trucks to develop self-driving semis.

The expanded testing in San Francisco and freight transportation pilots come as Waymo looks to make a return on its multibillion-dollar investment. The company’s annual cost is estimated at around $1 billion, while Waymo One reportedly yields just hundreds of thousand dollars a year in revenue, according to The Information. Waymo hasn’t shared the number of customers that have ridden in its Phoenix fleet to date, but it said in December 2019 that more than 1,500 people are using its ride-hailing service monthly and that it has served over 100,000 total rides since launching its rider programs in 2017.

Waymo raised $3 billion in its first external funding round, valuing the company at tens of billions of dollars. It’s by far the most valuable autonomous vehicle startup, ahead of Cruise, Argo AI, Aurora, Pony.ai, and TuSimple, among others.